On Friday, Full Circle held an open house at the Milwaukee Avenue Apartments in Chicago’s Avondale neighborhood. The property, Full Circle’s first new construction project, features 32 affordable apartments, designed to accommodate individuals and families with motor and sensory impairments, as well as community space, a computer room, and an array of supportive services.

Several residents attended the open house, which was also attended by State Senator Iris Martinez (20th District) and State Representative Jaime Andrade (40th). Two residents spoke. Senator Martinez and Representative Andrade stressed the need for more affordable housing in Chicago. The residents expressed their gratitude for the cleanliness, the peace, and the sense of community that their new homes offer them.

The connection between decent affordable housing, a sense of community, and peace deserves more attention. As the Harvard sociologist Matthew Desmond says in his excellent book, Evicted: Poverty and Profit in the American City, “We have failed to fully appreciate how deeply housing is implicated in the creation of poverty.” That is in part, as Desmond and others show, because a lack of decent, safe affordable housing tears at community fabric on a micro and macro level. From a micro perspective, families increasingly find even substandard housing unaffordable and are sometimes forced to move repeatedly, depriving the family of much-needed stability and support. When families are stressed, communities are stressed as well. And on a macro level, the housing that poorer individuals and families can afford is often barely liveable. Deteriorating housing frays community fabric.

The residents at Milwaukee Avenue planted the community garden last week with green peppers, yellow squash, tomatoes, and cucumbers (see pictures). One of the residents, a former landscaper, volunteered to tend the garden. Residents, who began moving in in February, were delighted and surprised by how friendly their neighbors were. The building, and its able staff, are developing a community.

The Milwaukee Avenue Apartments will not fill Chicago’s enormous affordable housing gap, but it might point the way to a sensible solution: scaled development, community space, supportive services, and responsive, professional management can strengthen a community’s fabric without gentrifying it out of existence. 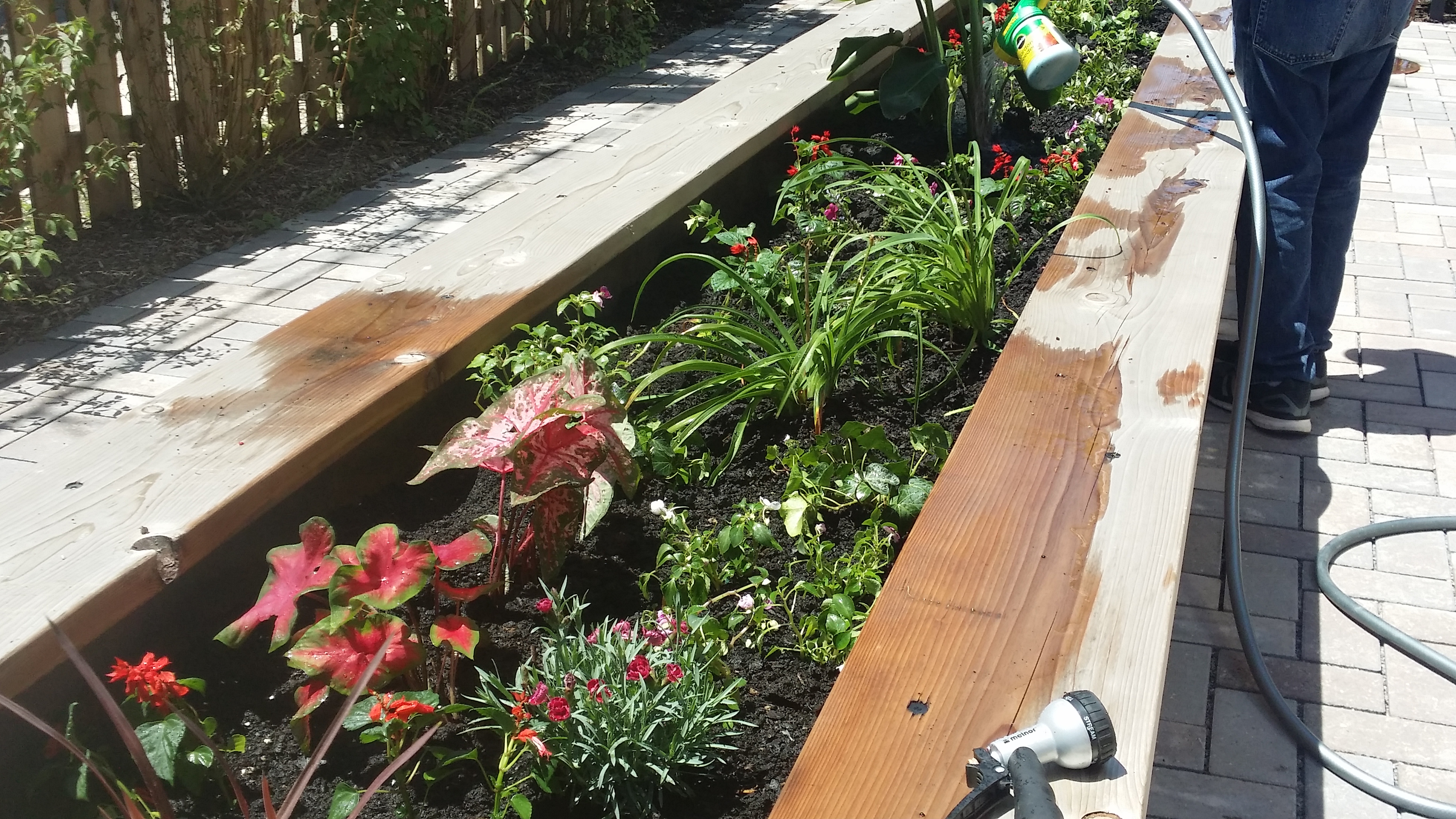