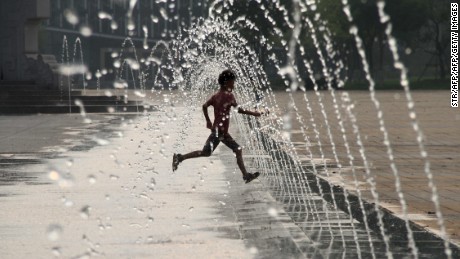 This may be the last real heat wave of Chicago’s summer. The mercury has climbed above 90 degrees, and the heat index is closer to 100. Forecasters are calling for potentially violent storms from this evening into the morning hours tomorrow, which should drive the temperature down.

Here’s hoping the weather is the only violence the city will experience today.

But this is Chicago, and the sad and well-documented fact is that ours is a city plagued by violence. Numerous studies — some more sophisticated than others — have documented a slight but definite correlation between crime — especially violent crime — and ambient temperature. In other words, the hotter is it outside, the more likely it is that crime will increase.

Why is this, and what can be done about it? And what role can an affordable housing developer play in helping forge a solution?

The causes of Chicago’s wave of violent crime are too complex and intertwined to unravel here (but articles on the subject, like this one and this one, are easy to find online). Possible causes include under-performing schools, substandard housing, broken homes, pressure to join gangs and engage in activities that lead to violent crime, and easy access to handguns. But a role is also likely played by increasing income inequality, which traps entire segments of societies in economic stagnation and a chronic lack of opportunity. And it keeps them in homes and communities that steadily deteriorate.

That’s a problem all year round — but especially during the summer months.

Let’s not kid ourselves: crime has a complex array of causes, and it happens every day of the year in a big city like Chicago. And in the face of such a complex and intractable problem, “an air conditioner in every home” probably doesn’t even make a dent. But decent, safe affordable housing does make a difference: it helps revitalize neighborhoods by improving the housing stock and lowering crime rates. Could this, in some small part, be because if home is a welcoming, sheltering, and comfortable environment, its residents might be home more?

Put another way: Is there a more cost-effective step a community could take than to encourage “green” development that included supportive services, access to jobs and transportation, well-managed apartments — and working HVAC systems?

Developers are standing by.